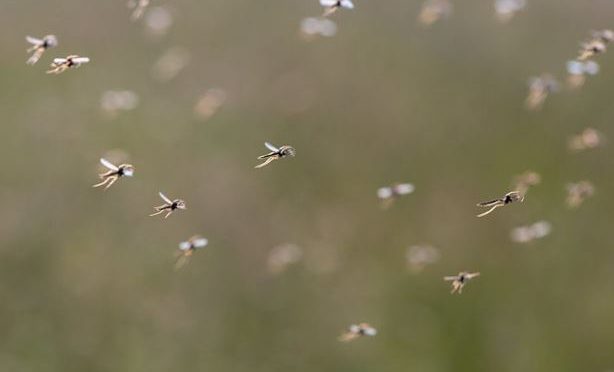 Indian-origin researchers at Stanford University in the US are working towards creating a global map of mosquito distribution with the help of cellphone recordings of mosquito hum shared by citizen scientists from across the world.With enough contributions, the map could tell exactly when and where the most dangerous species of mosquitoes are most likely to be present and that could lead to highly targetted and efficient control efforts, helping fight mosquito-borne diseases such as dengue and malaria.

“We could enable the world’s largest network of mosquito surveillance—just purely using tools that almost everyone around the world now is carrying in their pocket,” said lead researcher Manu Prakash, senior author of a paper in the journal eLife that demonstrates the feasibility of this approach.

Mosquito species can be differentiated by the frequency of their wingbeats, which is what produces their characteristic whine.

The Prakash Lab at Stanford wants citizen scientists to contribute to Abuzz, a mosquito monitoring platform the lab developed to produce the map of mosquito distribution.

Contributing to this research is as simple as holding a cellphone microphone near a mosquito, recording its hum as it flies and uploading the recording to the Abuzz website.

The researchers take the raw signal, clean up that audio to reduce background noise and run it through an algorithm that matches that particular buzz with the species that is most likely to have produced it.

Once the match is found, the researchers would send the person who submitted the recording information about the mosquito they found and mark every recording on a map on the website, showing exactly where and when that mosquito species was sighted.

“If you see a mosquito and you swat it, you’ve saved yourself an itch for one day. But if you see a mosquito and you record it and you send the data to the Abuzz project, then you’ve potentially contributed to an effort that can reduce the burden of mosquito-borne disease for many generations in the future, hopefully,” said Haripriya Mukundarajan, a graduate student in the Prakash Lab.

The researchers designed the platform so that it can work off recordings from almost any model of cellphone.

The Abuzz algorithm works using as little as one fifth of a second of sound—although recordings that are a second or longer are the most desirable, the researchers said.