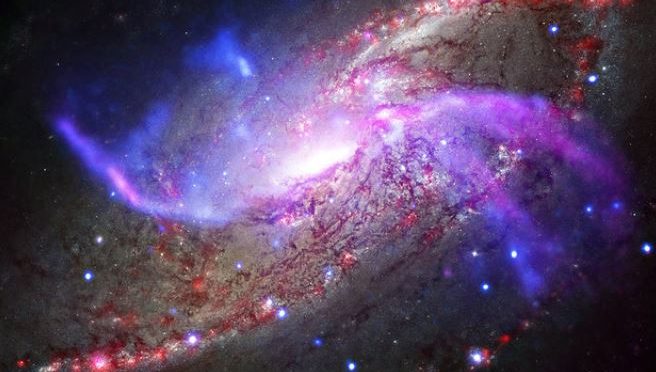 Researchers have found evidence that the mass of black holes in the centre of the galaxy determines how soon its star formation stops, with bigger black holes turning off the process earlier.Young galaxies blaze with bright new stars forming at a rapid rate, but star formation eventually shuts down as a galaxy evolves.

The study, published in the journal Nature, showed that star formation stopped earlier in those galaxies with bigger black holes than those with smaller black holes.

The findings reveal a close correlation between the mass of a galaxy’s central black hole and its star formation history.

Observational evidence of a connection between supermassive black holes and star formation has been lacking, until now.

“This is the first direct observational evidence where we can see the effect of the black hole on the star formation history of the galaxy,” said study-co-author Jean Brodie, Professor at University of California, Santa Cruz, US.

The new results reveal a continuous interplay between black hole activity and star formation throughout a galaxy’s life, affecting every generation of stars formed as the galaxy evolves.

Every massive galaxy has a central supermassive black hole, more than a million times more massive than the Sun.

It reveals its presence through its gravitational effects on the galaxy’s stars and sometimes powering the energetic radiation from an active galactic nucleus (AGN).

The new findings back up the idea that energy pouring into a galaxy from an active galactic nucleus turns off star formation by heating and dispelling the gas that would otherwise condense into stars as it cooled.

The study, led by Ignacio Martin-Navarro, a postdoctoral researcher at UC Santa Cruz, focused on massive galaxies for which the mass of the central black hole had been measured in previous studies by analysing the motions of stars near the centre of the galaxy.

To determine the star formation histories of the galaxies, Martin-Navarro analysed detailed spectra of their light obtained by the Hobby-Eberly Telescope Massive Galaxy Survey.

Spectroscopy enables astronomers to separate and measure the different wavelengths of light from an object.

The researchers used computational techniques to analyse the spectrum of each galaxy and recover its star formation history by finding the best combination of stellar populations to fit the spectroscopic data.

“It tells you how much light is coming from stellar populations of different ages,” Martnn-Navarro said.

When he compared the star formation histories of galaxies with black holes of different masses, he found striking differences.

These differences only correlated with black hole mass and not with galactic morphology, size, or other properties.