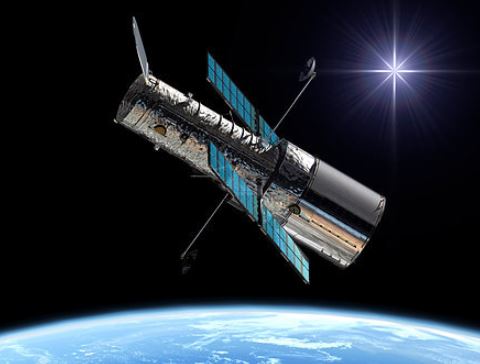 American astronomers have captured the most distant normal star ever observed, some 9 billion light years from Earth, thanks to a rare cosmic alignment.The study, published on Monday online in the journal Nature Astronomy, revealed the discovery of a star called Icarus, magnified by gravitational lensing by over 2,000 times, reported Xinhua.

Astronomers routinely study galaxies much farther away, visible because they glow with the brightness of billions of stars. They also managed to study supernova, often brighter than the galaxy in which it sits.

However, for a distance of about 100 million light years, the stars in these galaxies are impossible to make out individually.

But a phenomenon called gravitational lensing, the bending of light by massive galaxy clusters in the line of sight, can magnify the distant universe and make dim, far away objects visible.

The single star was discovered in NASA Hubble Space Telescope images taken in late April of 2016 and as recently as April 2017.

“You can see individual galaxies out there, but this star is at least 100 times farther away than the next individual star we can study, except for supernova explosions,” said Patrick Kelly at the University of Minnesota, Twin Cities, the paper’s first author.

These observations can provide a rare look at how stars evolve, especially the most luminous ones.

“For the first time ever we’re seeing an individual normal star – not a supernova, not a gamma ray burst, but a single stable star – at a distance of nine billion light years,” said Alex Filippenko, a professor of astronomy at UC Berkeley and one of many co-authors of the report.

The B-type star Icarus is much larger, more massive, hotter and possibly hundreds of thousands of times intrinsically brighter than our Sun.

According to the researchers, an extended lens, like a galaxy cluster, can only magnify a background object up to 50 times, but smaller objects can magnify much more.

In this case, a star about the size of our sun briefly passed directly through the line of sight between the distant star Icarus and Hubble, boosting its brightness significantly.

The ring is too small to discern from this distance, but the effect made the star easily visible by magnifying its apparent brightness.

The astronomers predict that Icarus will be magnified many times over the next decade as cluster stars move around, perhaps increasing its brightness as much as 10,000 times.