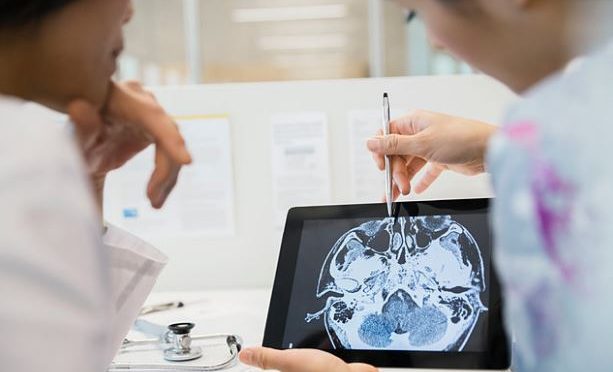 Researchers have developed a new imaging agent that could help guide and assess treatments for people with various neurological diseases, including Alzheimer’s, Parkinson’s and Multiple Sclerosis (MS).The agent, which is used in PET scans, targets receptors in nerve cells in the brain that are involved in learning and memory.

“The significance of the work lies in the fact that we have for the first time developed a useful PET ‘radioligand’ (a radioactive bio-chemical substance) that can be applied to image the ‘GluN2B’ receptor subunit of the ‘NMDA’ receptor complex in humans,” said co-author Simon M. Ametamey from the Institute of Pharmaceutical Sciences, ETH Zurich, Switzerland.

For the study, published in The Journal of Nuclear Medicine, the agent was used in live rats to investigate the dose and effectiveness of “eliprodil”—a drug that blocks the “NMDA GluN2B” receptor.

PET scans with the new “radioligand” successfully showed that the receptors are fully occupied at neuro-protective doses of “eliprodil”.

“These results mean that a new radio-pharmaceutical tool is now available for studying brain disorders such as Alzheimer’s disease, Parkinson’s disease and MS, among others,” Ametamey said.