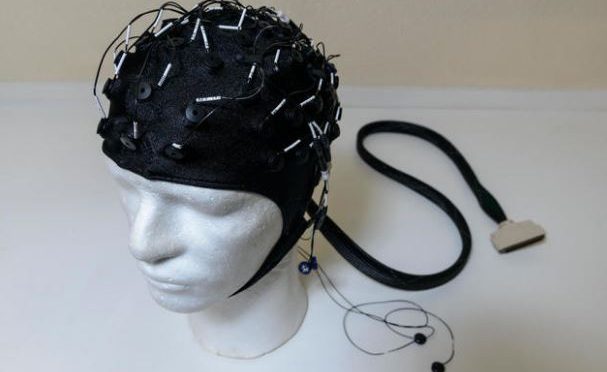 British scientists have developed a lightweight and highly sensitive brain imaging device that can be worn as a helmet, allowing the patient to move about naturally.Results from tests of the scanner showed that patients were able to stretch, nod and even drink tea or play table tennis while their brain activity was being recorded, millisecond by millisecond, by the magnetoencephalography (MEG) system.

Researchers who developed the device and published their results in the journal Nature said they hoped the new scanner would improve research and treatment for patients who can’t use traditional fixed MEG scanners, such as children with epilepsy, babies, or patients with disorders like Parkinson’s disease.

“This has the potential to revolutionize the brain imaging field, and transform the scientific and clinical questions that can be addressed with human brain imaging,” said Gareth Barnes, a professor at the Wellcome Trust Centre for Human Neuroimaging at University College London, who co-led the work.

Current MEG scanners are cumbersome and weigh as much as half a tonne, partly because the sensors they use to measure the brain’s magnetic field need to be kept very cold – at minus 269 degrees Celsius, Barnes’ team explained.

They also run into difficulties when patients are unable to stay very still – very young children or patients with movement disorders for example – since even a 5-millimeter movement can mean the images are unusable.

In the helmet scanner, the researchers overcame these problems by using quantum sensors, which are lightweight, work at room temperature and can be placed directly onto scalp – increasing the amount of signal they are able to pick up.

Matt Brookes, who worked with Barnes and built the prototype at Nottingham university, said that as well as overcoming the challenge of some patients being unable to stay still, the wearable scanner offers new possibilities in measuring peoples’ brain function during real world tasks and social interactions.

“This has significant potential for impact on our understanding of not only healthy brain function but also on a range of neurological, neurodegenerative and mental health conditions.”