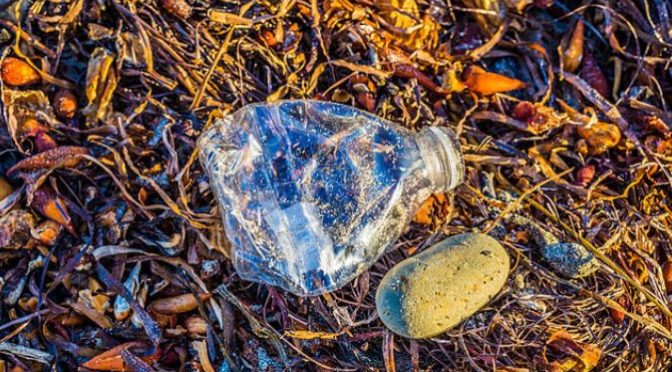 Pointing at a solution to plastic packaging, Narayana Peesapaty from Hyderabad has designed an edible spoon made of millet flour that can be a proxy dessert after one’s lunch or dinner, a media report said.
A UK startup is similarly making water containers from seaweed in the quest for food-based answers to the global problem of plastic, a report in The Guardian said on Monday.

Likewise, many businesses around the world are pondering if consumers could actually chomp on their water bottles, plates and spoons once they have consumed the food packed in them.

There were reports in March of nano-plastic particles present in water bottles from well-known brands posing serious threats to consumer health. This could well be the solution to such threats, the report said.

Ooho water pouches from Skipping Rocks Lab, a UK-based sustainable packaging startup, are being made from seaweed for an esoteric post-beverage snack.

Though eating the water pouches might not be a reality at this point, they have received the thumbs up from French President Emmanuel Macron in December, as they offer a glimpse of a plastic-free future, the report said.

These containers could also help save the oceans. The pouches encase a serving of water in a thin membrane made from brown algae. They were developed in London by Pierre-Yves Paslier and Rodrigo García Gonzalez, who claim seaweed is safe to eat and regrows quickly, too.

Ooho’s edible capsule and (another UK-made product) Herald’s edible straw have both been pitched as potential alternatives to plastic, said Philip Chadwick, editor of Packaging News. “The ongoing plastics debate could mean that more edible packs will be developed.”

Besides the UK firm, Indonesia’s Evoware launched seaweed packaging in September that can wrap a burger or noodles. In New York, Loliware has come up with a cup you can eat, made from agar seaweed, and is working on an edible seaweed straw.

Herald’s edible straw is made in Barking. It is a sweet proposition, made from sugar, corn starch and jelly, and lasts 40 minutes inside a mojito before it starts to fall apart.

Peesapaty’s edible spoons can be eaten up after polishing off a bowl of daal (pulses). In Poland, there are Biotrem’s wheatbran plates you can scoff.

However, Chadwick is not sure whether consumers would be comfortable eating the packaging? “Will it taste good? Would anyone want to eat packaging that has been handled by other shoppers,”, the Guardian report wondered.