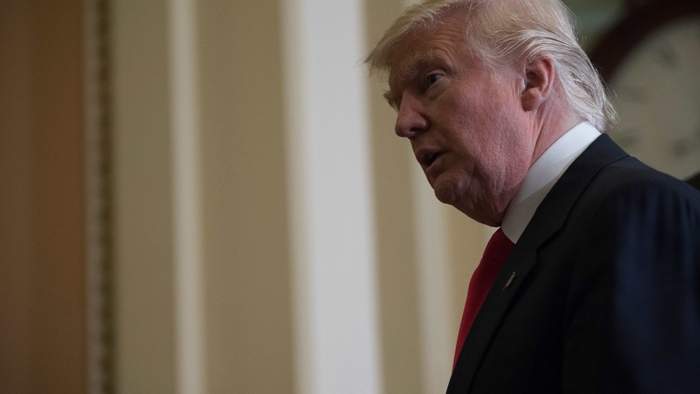 Much of the world has been shocked and dismayed by Donald Trump’s electoral success, but there are those who are delighted. “This was a victory for the forces which oppose globalisation, are fighting illegal migration and are in favour of clean ethnic states,” declared a spokesperson for Global Dawn, Greece’s far-right party, sometimes characterized as neo-Nazi. Viktor Orban, the Hungarian prime minister who has said he wants to build an “illiberal state” in his country, hailed the results as “great news.” The deputy leader of France’s right-wing National Front Party, historically seen as ultra-nationalist and anti-Semitic, was exultant as well. “Their world is crumbling. Ours is being built,” he said.

You cannot be judged by those who approve of your actions, but it’s worth trying to understand what it is that Trump’s admirers are celebrating. In some cases, Trump’s appeal is that he is against political correctness. Beppe Grillo, the former comedian who now leads Italy’s Five Star Movement, noted that like Trump, his party had been labeled sexist and populist but that people didn’t care. The Guardian, which has compiled many of these responses, writes that Grillo applauded Trump supporters for being able to filter out the media and for ignoring the “freemasons, major banks, and Chinese groups.”

For others, it is the sense of kinship among strongmen who are unconcerned with human rights. Syrian dictator Bashar Assad called Trump a “natural ally.” Rodrigo Duterte, the authoritarian leader of the Philippines, said of him, “We both like to swear … we’re the same.” Duterte has been hostile to the United States because Washington has criticised the extra-judicial killings and human rights abuses that have marked his tenure. Robert Mugabe, who has clung to power in Zimbabwe for 36 years while destroying the nation’s economy and liberties, has been similarly hopeful. A full-page editorial in a state-run paper there hailed the election of “the mighty Trump,” and the 92-year-old dictator has reportedly described Trump as a “friend.” No doubt Duterte and Mugabe hope that a Trump administration will go easy on them.

What unifies Trump’s foreign admirers is the idea that the existing global order is rotten and should be torn down. Many of Trump’s domestic supporters would agree. All the European parties cheering Trump’s victory seek the destruction of the European Union and, more generally, the tightly knit Western community centered upon shared values and interests. They are almost all strikingly pro-Russian because they see in Vladimir Putin’s Russia a country that seeks actively to undermine the current international system. Many of these groups take covert and overt support from Russia and benefit from the Kremlin’s cyberwarfare. “We all need to use [Trump’s election] together to reshape the trans-Atlantic relationship, and to end the big conflicts in Ukraine and Syria together with Russia,” said Frauke Petry, the leader of Germany’s ultra-nationalist party Alternative fur Deutschland, according to The Guardian.

But what is this globalism to which these people are so opposed? After 1945, in the wake of a Great Depression and two world wars, Western nations established an international system that was characterised by rules that honored national sovereignty, allowed for the flourishing of global commerce, and encouraged the respect for human rights and liberties. This order resulted in the longest period of peace among the world’s major powers, broad-based economic growth that created large middle classes in the West, the revival of Europe, the development of poor countries, lifting hundreds of millions of people out of poverty and the spread of freedom across the globe.

The American role in all this was pivotal. It set the agenda and provided security, which was about more than just deterring the Soviet Union and other aggressive powers. Radek Sikorski, Poland’s former foreign minister, explains, “America’s influence and its commitments have been our security blanket. They have allowed Europe’s national rivalries to stay dormant. If you take away those guarantees, Europe could get very unstable.” And remember, the European Union is the world’s biggest market and America’s largest trading partner.

For the United States, “globalism” has produced enormous advantages. With 5 per cent of the world population, the US dominates the global economy, from technology to education to finance to clean energy. One in five jobs in America is a result of trade, and that number is growing fast. America maintains the world’s reserve currency, giving it a huge economic advantage.

The benefits of growth and globalisation have not been shared equally, and the pace of change causes anxiety everywhere. But these are reasons to invest in people, upgrade their skills and better integrate communities. They are not reasons to destroy the most peaceful and productive international system ever devised in human history.

– The author is the host of the CNN show, Fareed Zakaria GPS