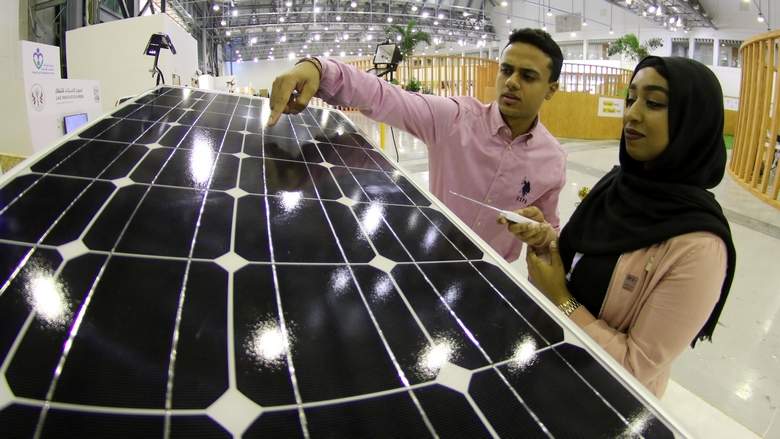 A moving solar panel launched by a team of three students was the major attraction of UAE Innovation Week activities organised by Sharjah Media Centre at the Sharjah Expo Centre.

Hiba Al Najjar said: “Our project is unique as it is closest to nature – it moves with the sun. It does not need manual efforts to change direction or an operator to fix the time. The system tracks the sun movement during the day to produce maximum power, increasing efficiency of the device. It can also be connected to a storage device to save the excess power to be used later on.”

The young scientists were confident that their ground breaking project will revolutionise global effort for clean energy as tracking of the sun yields higher performance than fixed PV.