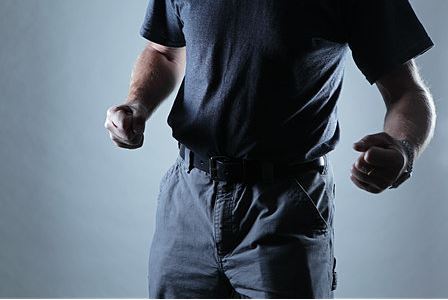 Why does this misconception occur? Popular culture, with its frequent portrayals of “evil genius” characters may be partly to blame. Yet, this misconception might also reflect something about the way people perceive the nature of intelligence. That is, people may associate intelligence with emotional coldness and disregard for social norms, whether or not this is really true.

Psychopathy is a personality disorder associated with extreme callousness and willingness to exploit others and violate their rights. Although not all people who might be regarded as psychopaths commit crimes, they do have considerably higher rates of criminality and violence than other people. Laypeople tend to have a number of misconceptions about psychological disorders, and this seems to apply to their understanding of psychopathy as well. In one study, people were asked to read a series of statements about psychopathy, and rate how much they agreed each statement is true (Furnham, Daoud, & Swami, 2009). Most participants were likely to agree with statements like “psychopaths are often highly intelligent” and “psychopaths are very socially skilled and competent in most social situations.” The latter statement contains a grain of truth in that psychopaths tend to be socially bold, highly confident, and to possess superficial charm that they use to manipulate others. However, there is no evidence that they are more likely to be highly intelligent than the average person. A review of studies found that the correlation between psychopathy and intelligence is nearly zero, suggesting that most people with psychopathic traits are neither highly intelligent nor particularly dull (O’Boyle, Forsyth, Banks, & Story, 2013).

Similarly, in another study, people who were participating in a mock jury were asked to rate their perceptions of a defendant in a murder trial based on a brief summary of the case (Edens, Clark, Smith, Cox, & Kelley, 2013). Specifically, participants were asked to rate the defendant on how strongly they possessed twenty psychopathic traits. The psychopathic traits were derived from an actual scale, the Psychopathy Checklist Revised (PCL-R) used by psychologists to assess psychopathy in real life. The PCL-R assesses two broad factors of psychopathy: factor 1, called primary psychopathy, is associated with shallow affect, low empathy, and interpersonal coldness; factor 2, called secondary or hostile/reactive psychopathy is associated with aggressive, impulsive, antisocial behavior and socially deviant lifestyles. The defendant was also rated on several other psychological and behavioural characteristics, including intelligence, boldness, dangerousness, and evil. Participants who rated the defendant high in psychopathic traits, also tended to rate him as highly bold, intelligent, dangerous, and evil. This was also true of ratings of the defendant on factor 1 (primary psychopathy) traits, although not entirely of ratings of factor 2 (secondary psychopathy) traits, which were predicted by boldness, dangerousness, and evil, but not intelligence. Hence, people tended to associate intelligence with the emotionally cold factor 1, but not with the more emotionally reactive factor 2. This was despite the fact that the case vignette contained minimal information, and none that would ordinarily indicate intelligence (e.g. there was no information about the defendant’s general knowledge, professional skills, or education). Interestingly, participants were also asked who was the first person (real or fictional) who came to mind when they heard the word “psychopath” or “sociopath”; 90% of respondents could identify someone in this category, and the majority identified serial killers or mass murders (e.g. Charles Manson), while the next most popular response concerned political figures (e.g. Hitler), while only a small minority (8%) identified a fictional character (e.g. Hannibal Lecter). Hence, people were more likely to draw on real-world examples than fictional ones.

Psychopaths tend to be cold-hearted, that is emotionally detached from others from others, and criminals with psychopathic traits can plan serious crimes in a calm calculating manner. Therefore, they present an image of people with cold hearts and cruel brains. As I discussed in a previous post on whether people identify more with their heart or more with their head, those who self-identify with their head tend to see themselves as more logical and intellectual, and yet also emotionally colder than people who self-identify with their heart. Additionally, people who are more in their head tend to be lower in agreeableness than people who are more in their heart (Fetterman & Robinson, 2013). Agreeableness is a personality trait associated with concern for other people, and psychopathy is consistently associated with low agreeableness (Decuyper, De Pauw, De Fruyt, De Bolle, & De Clercq, 2009). Similarly, studies on self-assessed intelligence have found that people who rate themselves as highly intelligent tend to be low in agreeableness (Chamorro-Premuzic & Furnham, 2006; Chamorro-Premuzic, Furnham, & Ackerman, 2006). This is quite curious, because a review of studies found that objectively measured intelligence is unrelated to agreeableness, as the average correlation between the two is close to zero (DeYoung, 2011). This suggests that people who are low in agreeableness tend to over-estimate how intelligent they really are, while those who are high in agreeableness tend to be more modest, and under-estimate their true ability. To be fair, most people probably have a reasonably accurate idea of how intelligent they are, but such accuracy can be distorted to some extent by personality traits, particularly agreeableness.

Furthermore, as I noted in a previous post, there are some discrepancies between personality traits that people tend to regard as socially desirable and those they regard as intelligent. Specifically, one study found that people rated traits of trust, honesty, compliance, and modesty as socially desirable qualities, yet they did not consider these traits to be characteristic of intelligent persons (Mõttus, Allik, Konstabel, Kangro, & Pullmann, 2008). Hence, people with these qualities may be generally regarded as “nice” but not particularly “smart,” regardless of whether this is objectively justified.

What these studies suggest is that, although intelligence is generally highly valued, laypeople may be concerned that highly intelligent people may be more inclined to the dark side, compared to more average folk. This might help explain the misconception that psychopaths are highly intelligent, although admittedly this is speculative. Certainly, people of high intelligence do have the potential to abuse their gifts for nefarious purposes, and evil geniuses do exist. Perhaps then it might be fair to say that highly intelligent people are not more likely than others to turn evil, but when they do their potential for doing harm might be amplified due to greater mental ability.—Psychology Today