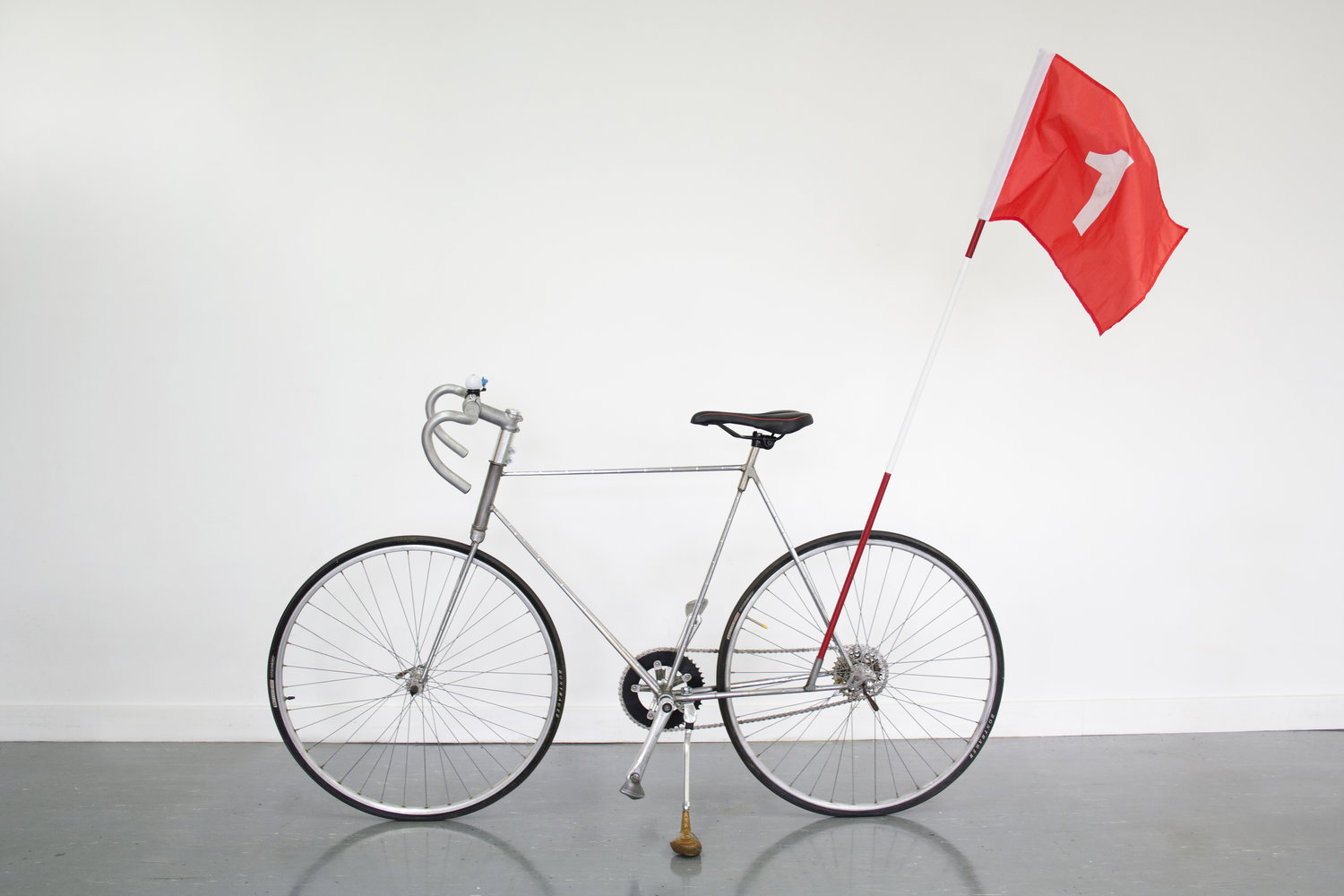 A design student in the UK has constructed a lightweight bicycle from abandoned golf clubs to highlight how middle-aged men are shifting to cycling.

“I noticed a lot of golf clubs were closing and I wondered if there was a correlation. I visited a few clubs and they confirmed their numbers had declined over the past few years,” said Calum Ray, a graphic design student from Kingston University London.

The statistical data was backed up by online research which spurred on Calum’s interest.

“I came up with the idea of producing a representation of the way social sport has evolved for the 21st century’s middle-aged men,” he said.

“I started by purchasing a set of golf clubs from eBay for 99 pence, they were unused and that really supported the point I was trying to communicate,” Calum said.

“The biggest challenge was that golf clubs are so thin and so light they are incredibly difficult to weld,” he said.

“We found that the joints could be strengthened by double welding, you can file the join and grind it down so that it’s smooth again. It was a very long process but we got there in the end,” he added.

“I am designing a manual, which will be open source, so that other people can turn their old golf clubs into bikes,” said Calum.—PTI