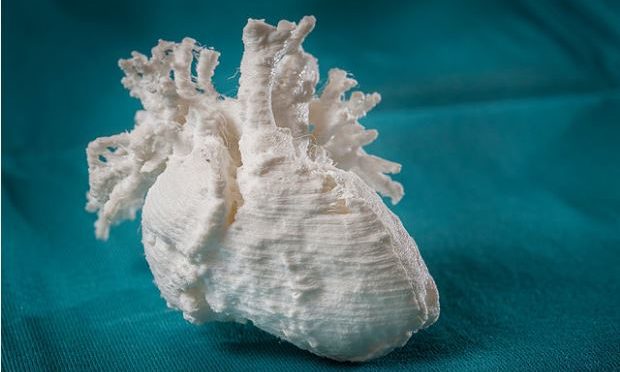 3D printed body parts have become a reality in India, a game changer which promises to alter the medical landscape in India.

The courage of a school teacher has ushered in almost unnoticed a quiet medical revolution in India with links that spread from Bareilly to Gurgaon.

Efforts are also being made to master the same technique on living tissue to replace full organs but that is still some distance away. Imagine printing a copy of your own kidney to replace a damaged one!

Earlier this month, a team of young doctors from Medanta: The Medicity in Gurgaon on the outskirts of the capital successfully performed a surgery on the failing spine of a woman and inserted for the first time a 3D printed titanium implant giving the woman a completely new lease of life.

Almost miraculously four days after the surgery, the woman was walking. Had traditional surgical techniques been adopted, according to the doctors she would have walked after months.

After a school teacher suffered a debilitating collapse of her neck vertebra due to TB, doctors from Medanta claimed to have used India’s first 3D printed titanium implant to bring the patient back from near collapse to near normal life.

Last month, walking and talking were a Herculean task for the 32-year-old patient who is also a dancer and singer, her neck was collapsing, as the TB bug had slowly consumed the second and third vertebra in her neck.

Once the spinal cord started getting compressed, the woman started losing sensation on all her limbs, making life very difficult.

After a first-of-its-kind surgery in India, she can now hope to lead a near normal life. Having undergone a 10-hour surgery of February 3, the patient who does want to be identified, said, “I’m better now, but towards the end I had a lot of problem. I was not able to walk, I could not sleep at night because of the pain nor could I do anything. Now I am feeling much better.”

Faced with this complex medical problem, a team of 10 health specialists decided to deploy for the first time a custom made ultra-modern 3D printed titanium implant to replace the two infected vertebra in her neck.

The other option would have been to use a piece of bone from the patient’s own leg but that would have, according to the medical team, kept her in the bed for more than 6 months after the surgery.