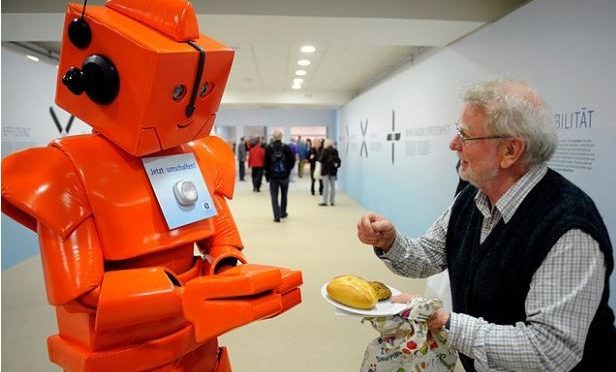 Researchers have developed an algorithm that lets robots ask for clarification when they are not sure what exactly a person wants them to fetch, especially when there are lots of very similar objects in close proximity to each other.

“Fetching objects is an important task that we want collaborative robots to be able to do,” said lead researcher Stefanie Tellex, Professor at Brown University in Providence, Rhode Island, US.

Tellex’s lab had previously developed an algorithm that enables robots to receive speech commands as well as information from human gestures.

It is a form of interaction that people use all the time. When we ask someone for an object, we’ll often point to it at the same time.

Tellex and her team showed that when robots could combine the speech commands with gestures, they got better at correctly interpreting user commands.

Still, the system is not perfect. It runs into problems when there are lots of very similar objects in close proximity to each other.

Take the workshop table, for example. Simply asking for “a wrench” is not specific enough, and it might not be clear which one a person is pointing to if a number of wrenches are clustered close together.

“What we want in these situations is for the robot to be able to signal that it is confused and ask a question rather than just fetching the wrong object,” Tellex said.

The new algorithm does that. It enables the robot to quantify how certain it is that it knows what a user wants, said the researchers who will present their findings at the International Conference on Robotics and Automation to be held in Singapore from May 29 – June 3, 2017.

When its certainty is high, the robot will simply hand over the object as requested.

When it’s not so certain, the robot makes its best guess about what the person wants, then asks for confirmation by hovering its gripper over the object and asking, “this one?”

One of the important features of the system is that the robot does not ask questions with every interaction. It asks intelligently, the researchers said.