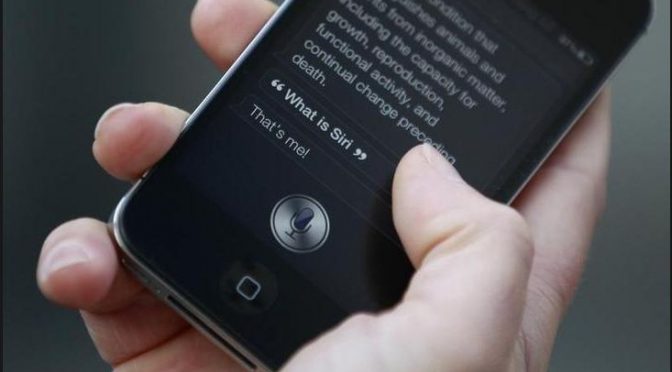 It is easy to try to carry on a conversation with Siri, the virtual assistant on your iPhone, or Amazon’s Alexa device from your living room. But if you are doing it more lately, please beware. Researchers suggest that frequent interactions with human-like products may indicate loneliness.

“If someone notices they are talking more to Siri lately, maybe that has something to do with feeling lonely,” said one of the researchers Jenny Olson, Assistant Professor at the University of Kansas School of Business in the US.

“From that standpoint, it’s important to be aware of it,” Olson said.

While these humanlike products do keep people from seeking out normal human interaction, which is typically how people try to recover from loneliness, there are limits to this phenomenon, and the long-term consequences are unclear, the researchers warned in a study published online in the Journal of Consumer Research.

“Generally, when people feel socially excluded, they seek out other ways of compensating, like exaggerating their number of Facebook friends or engaging in pro-social behaviour to seek out interaction with other people,” Olson said.

“When you introduce a human-like product, those compensatory behaviours stop,” Olson noted.

In four experiments, the researchers found evidence that people who felt socially excluded would exhibit those compensating behaviours unless they were given the opportunity to interact with a human-like product.

“But the virtual assistant can affect your social needs,” Mourey added.—IANS