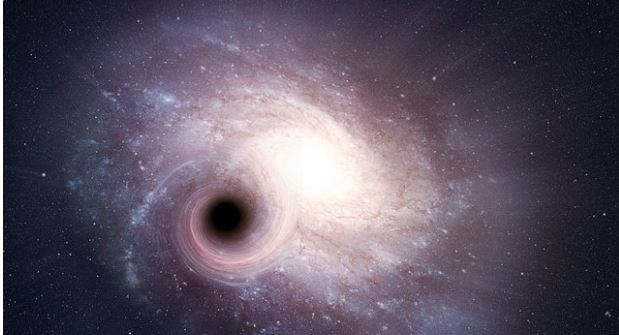 Researchers have found that some galaxies appear brighter to astronomers’ telescopes because of faster rates at which their supermassive black holes swallow matter and spit out energy, not because of the way the galaxies face Earth, as earlier believed.For decades, astronomers have tried to pin down why two of the most common types of active galaxies, known as Type-I and Type-II galaxies, appear different when observed from Earth.

“Our new analysis of X-ray data from NASA’s Swift Burst Alert Telescope suggests that Type-I galaxies are much more efficient at emitting energy,” said co-author of the study Richard Mushotzky, Professor of Astronomy at the University of Maryland in the US.

The new results, published in the journal Nature, suggest that Type-I and Type-II galaxies do not just appear different – they are, in fact, very different from each other, both structurally and energetically.

The study makes a major modification to a popular theory called the unified model.

According to this model, the active nuclei of Type-I and Type-II galaxies have the same fundamental structure and energetic profile, but appear different solely because the galaxies point toward Earth at different angles.

Specifically, Type-II galaxies are tilted such that they are obscured by their own rings of dust, making Type-I galaxies appear brighter by comparison.

The new study suggests that the key factor that distinguishes Type-I and Type-II galaxies is the rate at which their central black holes consume matter and spit out energy.

To conduct the study, Mushotzky and his colleagues re-examined data from 836 active galaxies detected by NASA’s Swift Burst Alert Telescope that strongly emit high-energy, or “hard,” X-rays – the same X-rays that medical technicians use to visualise the human skeleton.

To measure the mass and growth rate of these galaxies’ active nuclei – the supermassive black holes at the galaxies’ centres—the researchers used data from 12 different ground-based telescopes spread across the globe to complement the data from the Swift satellite.

By comparing differences in the X-ray spectra between Type-I and Type-II galaxies, the researchers concluded that, regardless of which way the galaxy faces Earth, the central black holes in Type-I galaxies consume matter and emit energy much faster compared with the black holes at the centre of Type-II galaxies.