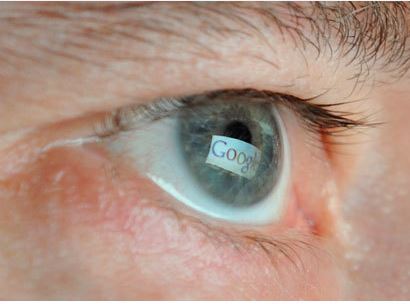 Google announced on Thursday that by the end of 2017, its entire operation, including data centers and corporate offices around the world, will be powered by 100 percent renewable energy.

Since 2010, when it first started contracting with wind farms, the company has become “the world’s largest corporate buyer of renewable power,” Urs Hölzle, the senior vice president of technical infrastructure, said in a company blog post. Google purchases more than twice as many watts as Amazon, its closest competitor, TechCrunch reports. But as other tech companies, including Facebook, Apple, Rackspace, Salesforce, and Box, follow Google’s lead, the tech industry not only becomes greener, but gains more power to set a precedent and influence the energy industry.

“Essentially what it means is that we will be buying as many renewable energy megawatt hours as we’ll be consuming at our facilities,” Gary Demasi, Google’s head of global infrastructure and energy, told The Washington Post. “Add them up at the end of the year, and they will match.”

To power this, Google has fixed price contracts with wind energy production companies in Iowa, Kansas, Oklahoma, Texas, the Netherlands, Norway, and Sweden, as well as solar contracts in North Carolina and Chile, according to the Post. Its data centers are not always directly powered by renewable energy, but it purchases an equivalent amount in “power purchase agreements” on grids where its centers operate. This ensures that, even if its specific facilities are not green-powered, “we are contributing to greening the grid where we operate,” it explains in a white paper. Google then sells that power back to the grid, and applies the credits to the energy used at its facilities.

Data centers eat up a rapidly increasing amount of energy each year as more and more people and companies store files, photos, correspondence, and other data online. In 2013, two percent of the total US energy demand came from data centers, and some expect that number to grow by as much as 40 percent in the next few years.

And as the price of renewable energy continues to drop, there is more and more incentive for tech companies to take advantage.

Apple’s website boasts that 93 percent of its global electricity use is renewable, including 100 percent in several countries, including the United States. Meanwhile, Microsoft has announced plans to run its data centers with 50 percent renewable electricity within the next two years, as has Facebook.

“You’re seeing a number of companies in tech, a number of countries outside of tech, who are all following this path,” Mr. Demasi told The Washington Post. “Developers will tell you that a very large proportion of their new projects are coming from corporate.”

In addition to being beneficial for the companies, data centers use so much power that so many big tech companies’ decision to transition to a greener business model puts pressure on the utility industries themselves.

“If you’re a utility, a data center is a dream to have in your service territory because it’s reliable. The meter is running 24 hours a day and it’s growing as those companies add more servers,” David Pomerantz, a climate and energy campaigner for Greenpeace, told The Christian Science Monitor in May. “That gives them a ton of influence that extends past power companies to governors and state legislators. Apple, Google, Amazon, Microsoft – those companies have a lot of political power.”–The New York Times News Service & Syndicate