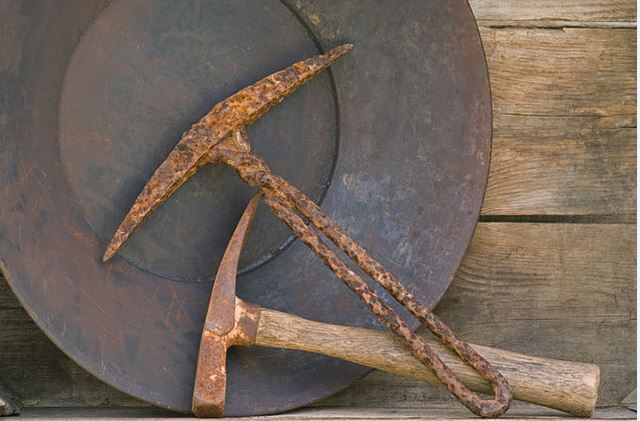 When Guy Robert Lukama looked out at thousands of illegal gold diggers hacking away at the verdant hills in remote northeastern Congo, he glimpsed opportunity where previous owners saw only an intractable problem.

Lukama’s former employer, South Africa’s AngloGold Ashanti , had for years sought to develop the 3,260 square kilometre Mongbwalu concession but pulled out partly due to concern over the sprawling blue-tented camps full of miners.

When he led a buyout of AngloGold’s 86 percent stake in the Mongbwalu Gold Mine (MGM) last year, Lukama knew he couldn’t chase them away if he was to succeed in mining any of the 2.5 million ounces of gold estimated to lie trapped in the earth.

Instead, he decided to put them on the payroll.

“We cannot avoid the fact that…we (have) to manage the presence of (the diggers),” Lukama told Reuters.

It is an innovative attempt to address one of the knottiest problems facing industrial miners around the world and the first initiative of its kind in Congo, where up to 2 million people mine with rudimentary tools, most illegally and in dangerous conditions.

While some mines in South America and elsewhere in Africa have experimented with similar concepts, MGM’s could be the most ambitious, particularly in light of concerns over so-called Congolese “conflict minerals”.

Armed groups have long dominated small mines in eastern Congo, a legacy of nearly two decades of war and unrest.

A study by the Antwerp-based International Peace Information Service found that 64 percent of gold miners in Congo work under the influence of armed actors, most commonly government soldiers.

Once the scene of militia violence, Mongbwalu is peaceful these days but the police and army continue to levy illegal taxes on artisanal miners.

Traceability schemes, such as “bag and tag”, which labels minerals by point of origin, have helped reduce armed influence over 3T extraction but have proved unworkable for gold, which is much more lucrative.

In his shop in downtown Mongbwalu, one middleman boasted that he once smuggled abroad 850 kg of gold – worth almost $34 million at current prices – bought from local diggers.

“You put the gold in the suitcase and you drive into Uganda,” he laughed, brandishing a 500 gram brick of solid gold in one hand, a Ugandan driver’s license in the other.

A panel of U.N. experts estimated in 2013 that 98 percent of Congo’s artisanal gold production was illegally smuggled out of the country.

Lukama’s solution depends on establishing partnerships with cooperatives of about 100 diggers each who will work limited plots that can be monitored for evidence of armed influence.

They will be given better equipment and access to areas with high ore grades but which are not suitable for industrial mining. Most importantly their ore will be processed more efficiently at MGM’s industrial plant, allowing the company to pay them better than the smugglers.

MGM plans to start buying from local miners next month and pour its first gold in the first quarter of next year.

“If MGM helps us with small things … people are going to accept it because they are looking for a livelihood and nothing else,” said digger Freddy Ngoy, 44, over the churning of pumps draining flood water from the recent rains.

Not everyone is happy with MGM’s plan.

Since March, as the company has laid the groundwork for its scheme, tens of thousands of new illegal diggers have flocked to its concession. Lukama and local activists say they are backed by local military and political officials.

Even if the initiative succeeds in Mongbwalu, there’s no guarantee other companies will be willing to replicate it, said Gregory Mthembu-Salter, a former member of the U.N. panel of experts specialising in mining supply chains.

“The precedent is a difficult one for industrial miners to swallow because they like to deny the presence of artisanal miners on their concessions,” he said.

MGM estimates around 25,000 diggers mine its concession illegally. Others put the figure as high as 100,000. At most the new scheme will employ around 1,500 informal miners.

Though MGM’s initiative also aims to promote agricultural jobs and develop infrastructure that should boost the local economy, Lukama fully recognises its limitations.

But with up to 10 million people, or around one in seven Congolese, economically dependent upon the informal mining sector, Lukama said it’s imperative that companies play a role in improving those livelihoods.

“We are not there to fix all the problems … In a post-conflict area, you should from day one keep in mind how to make it beneficial for most of the stakeholders,” he said. “We have decided to think outside the box.”