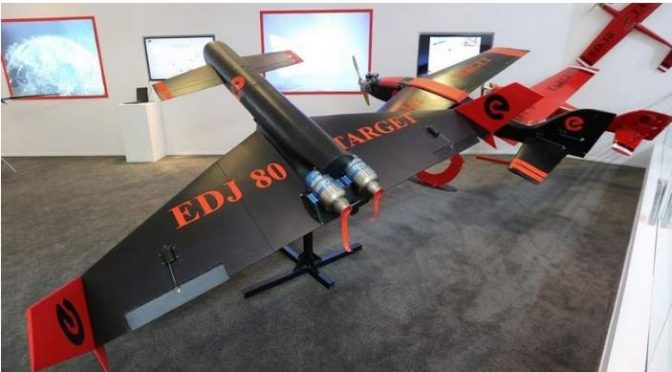 As drone technology becomes more advanced, unmanned aerial vehicles (UAVs) will increasingly be used to perform a wide range of critical missions in which manned flights are dangerous or impractical, according to experts at IDEX.

A wide range of UAVs are on display at IDEX, ranging from small, man-portable, rotary-wing variants designed to be carried by on-the-ground tactical units, to larger, weaponised versions that currently patrol and carry out frequent strikes in Iraq, Syria, Afghanistan and other active combat zones.

Among the companies displaying drones at IDEX is Insitu, a Boeing subsidiary which produces light-weight UAV’s, one of which, the ScanEagle has the ability to fly unnoticed over targets for up to 24 hours at altitudes at almost 6,000 metres, depending on payloads.

Since first seeing active service over the skies of Iraq in 2004, ScanEagles have accumulated almost a million flight hours, many of them over active battlefields worldwide.

The drone’s main benefit, Bauman said, was that it allowed troops “ensure the safety and security” of their forces.

“It was a game charger to have eyes in the sky keeping watch over those forces,” he said.

The alternative, Bauman noted, would have been to put a manned asset – such as a helicopter – in harm’s way, or to rely solely on the capabilities of those on the ground.

Additionally, Insitu’s airframes take off with the assistance of a catapult-like pneumatic launcher, and are recovered using a hook and cable – meaning they can be installed in remote areas where runways aren’t available, or even on moving ships.

“It’s a runway independent system that allows for a quick-setup…you can launch, recover and tow everything with a pickup truck, and that’s a pretty innovative concept,” Bauman noted. “There’s a requirement for this type of capability in the region.”

Professor Thomas Jones of S-Plane Automation – a South African company that specialises in turning manned aircraft into “optionally-manned” or unmanned versions – noted that in the future the world will likely see unmanned vehicles take over in a wide variety of missions in which it would’t be suitable, or safe, for a pilot to fly.

“It’s safe to do that, and you can do so without any loss of life,” he noted. “Additionally, automation gives an added value to an (aerial) system. If you take out to pilots, that can be replaced with a full payload.”

Unmanned systems, Professor Jones added, can be put to a variety of “para-military” uses in which an aircraft may require the ability to remain airborne for amounts of time that would be impossible if pilots were sitting in a cockpit, for sometimes upwards of 20 hours.

“Unmanned systems could be useful for providing security at an event, for example, or for border security missions,” he said. “Anything that is dull, dirty or dangerous, but in which you need the ability to perform.”