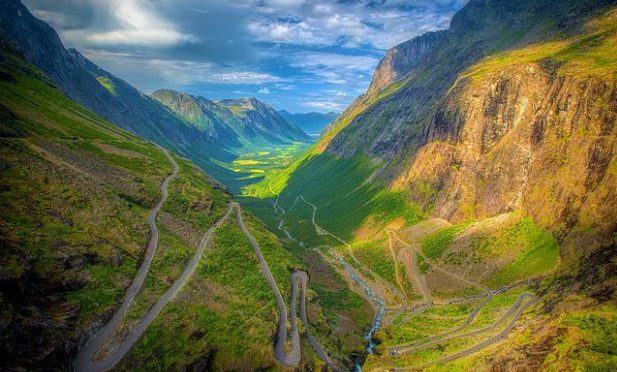 Norway, which already boasts the world’s highest number of electric cars per capita, said Monday that electric or hybrid cars represented half of new registrations in the country so far this year.

“This is a milestone on Norway’s road to an electric car fleet,” Climate and Environment Minister Vidar Helgesen said.

“The transport sector is the biggest challenge for climate policy in the decade ahead. We need to reduce (CO2) emissions by at least 40 percent by 2030 and … this requires the electrification of the car fleet,” Helgesen told AFP.

“It is important to demonstrate that it is possible to achieve a technological transition and a market transformation in transport,” Helgesen said.

“In this respect, Norway is a political laboratory where we are showing that things go quickly if we have the right incentive mechanisms,” he added.

Somewhat paradoxically, Norway, the biggest oil producer in Western Europe, has adopted a generous policy to encourage the purchase of cleaner vehicles.

While cars with combustion engines are heavily taxed, electric vehicles are exempt from almost all taxes.

Their owners also benefit from numerous advantages such as free access to toll roads, ferries and parking at public car parks, as well as the possibility of driving in bus lanes.

Last year, the Norwegian authorities set themselves a target to have no newly sold cars that run exclusively on fossil energy after 2025.

“One of the main challenges in Norway today is to set up enough charging points,” Christina Bu, secretary general of the Norwegian Electric Vehicle Association, told AFP.

“We still have a lot of work to do on this, especially with regard to fast recharging” along the main roads, she added.

More than 60 percent of Oslo residents live in apartments and have difficulty accessing charging points for electric cars, Bu said.

Still handicapped by limited range and high prices for larger models like those from Tesla, electric cars also face competition from the growing popularity of hybrids.

Sales of these cars, which combine combustion engines and electric motors, have been boosted by the arrival of improved models and a revision of the Norwegian tax system, with rates that are now based on the level of polluting emissions, rather than engine power.

Norway wants to limit carbon dioxide emissions of new vehicles to 85 grams per kilometre by 2020, a goal it has almost achieved: the figure stood at 88 grams in February after 84 grams in January — compared with 133 grams when the decision was taken in 2012.—AFP