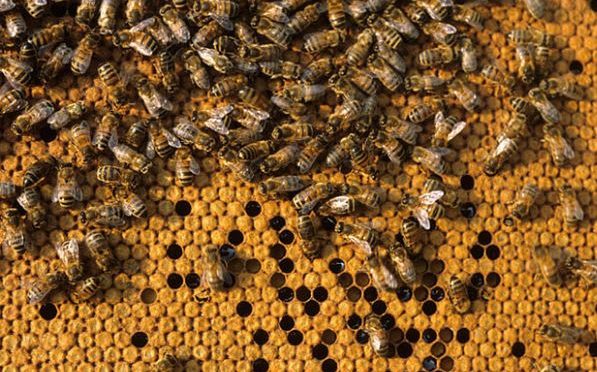 Just like any other girl her age, 12-year-old Kavya Vignesh likes to have fun when she is not studying. But unlike many others, she likes to make those moments memorable by creating something that helps solve some real-world problems.Yes, you read that right. These days, she is busy giving final touches to a robot that has the potential to save honey bees in residential areas—and for making a presentation of her bot at an international robotics event to be held in Denmark next month.

Vignesh, a Class 7 student of Delhi Public School, Vasant Kunj, is part of Supercalifragilisticexpialidocious—India’s youngest ever team to qualify for the First Lego League – European Open championship in Aarhus, scheduled for May this year.

Using a combination of robotics and hi-tech components, Vignesh has developed a Bee Saver Bot that removes honey bees—the species primarily responsible for pollination and honey production around the world—safely and carefully without harming them or humans.

“I have been practising Robotics since I was nine. My aim in life is to use the power of robotics to solve some real-world problems,” Vignesh told IANS.

Lego Mindstorms is a programmable robotics construction set that gives you the power to build, programme and command your own LEGO robots. The Lightning McQueen uses EV3 large motors, colour sensors that are used for line following, gyro sensor to take accurate turns, and pneumatics for multi-tasking.

The First Lego League championship is organised by FIRST Scandinavia foundation in cooperation with the city of Aarhus, Aarhus University, Aarhus School of Marine and Technical Engineering and IT-forum.

It will witness some 100 teams and 1,000 children from all over the world competing on their skills in construction, programming and presentation of ideas and solutions while also sharing their culture, values, making friends and having fun.

“We chose honey bees, because they are mostly overlooked. Bees are mostly killed by us humans through pesticides, colony collapse disorder and many more ways,” Vignesh said.

“We learnt that more than 85 per cent of the world’s crops are pollinated by honey bees. Every third bite of food comes from a bee pollinated crop or animal that depends on bee pollination,” she emphasised.

In general, when people see a beehive near their houses and in parks and the like, they tend to call the pest controllers, who burn the hive, killing nearly 20,000 to 80,000 bees.

“So we thought of building a solution that can safely relocate the beehive without harming the bees,” Vignesh said.

The ‘Bee Saver Bot’ scans the beehive, and relocates it by building an enclosure that safely transports the beehive to the nearest bee farm, without harming any humans or bees.

“This solution can save millions of bees from getting hurt and actually relocate them back to bee farms from where they can be back on the fields where they contribute so much to our food chain,” the robotic champion noted.

In her efforts to participate in the event, Vignesh started crowdfunding through Fueladream—a Bengaluru-based platform that allows for pooling of funds for a cause.

“Although crowdfunding in India has been relatively a new concept, it is growing very quickly,” Ranganath Thota, Founder and CEO at Fueladream, told IANS.

“Funding is the biggest challenge for students in India. Crowdfunding is a very democratic way to tell your stories and use social media and friends to raise money,” he added.

“Proud of 12-year-old Kavya Vignesh, representing India at the European Robotics Championship in Denmark,” Sinha said in a tweet.

Vignesh, who is also a digital graphic designer, said that she looks up to her mother, Shikha Suman, founder of a health-tech start-up, as her role model.

“Believe in your dream and do whatever you want and don’t let anyone bring you down,” Vignesh said as a message to children.

To parents who put all their focus on their children’s studies alone, Vignesh says, “All work and no play may make children dumb; so they should balance out studies as well as such extra-curricular activities.”