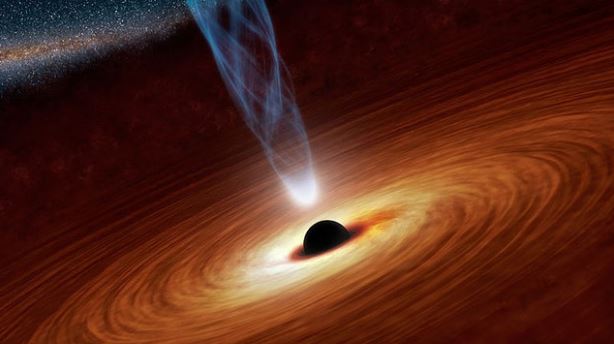 Astronomers have found two ultra-compact dwarf galaxies with supermassive black holes that take up a high percentage of the compact galaxies’ total mass.The findings, published in the Astrophysical Journal, suggest that dwarfs may be remnants of massive galaxies that were ripped apart by larger galaxies and that black holes lurk at the centre of most of these objects, potentially doubling the number of supermassive black holes known in the universe.

“We still don’t fully understand how galaxies form and evolve over time. These objects can tell us how galaxies merge and collide,” said lead author Chris Ahn from University of Utah in the US.

“Maybe a fraction of the centers of all galaxies are actually these compact galaxies stripped of their outer parts,” Ahn said.

The authors measured two ultra-compact dwarf galaxies, named VUCD3 and M59cO, that lie far beyond the spiral arms of our Milky Way, orbiting massive galaxies in the Virgo galaxy cluster.

By comparison, the monstrous black hole at the centre of the Milky Way has a mass of four million suns, but makes up less than .01 per cent of the galaxy’s total mass.

“It’s pretty amazing when you really think about it. These ultra-compact dwarfs are around 0.1 per cent the size of the Milky Way, yet they host supermassive black holes that are bigger than the black hole at the center of our own galaxy,” Ahn said.

To calculate the ultra-compact dwarf galaxies’ mass, the astronomers measured the movement of the stars using the Gemini North telescope located on Mauna Kea volcano in Hawaii.