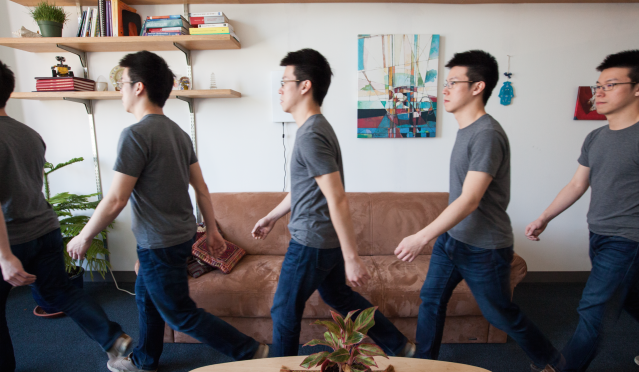 Researchers at Massachusetts Institute of Technology (MIT) have developed a device that can measure the walking speed of people with 95 to 99 per cent accuracy using wireless signals, without requiring that the person wear or carry a sensor.

A growing body of research suggests that how fast one walks could tell a lot about health issues like cognitive decline, falls, and even certain cardiac or pulmonary diseases.

By measuring this emerging vital sign, the new device, called “WiGait”, could help reveal a wealth of important health information, particularly for the elderly.

A change in walking speed, for example, could mean an injury or that the person is at an increased risk of falling, according to Professor Dina Katabi of MIT’s Computer Science and Artificial Intelligence Laboratory (CSAIL).

The system, presented in a new paper, is an update of a device that Katabi’s team developed earlier.

The size of a small painting, the device can be placed on the wall of a person’s house. It builds on Katabi’s previous work that analyses wireless signals reflected off people’s bodies to measure a range of behaviours, from breathing and falling to specific emotions.

“By using in-home sensors, we can see trends in how walking speed changes over longer periods of time,” said lead author and PhD student Chen-Yu Hsu.

“This can provide insight into whether someone should adjust their health regimens, whether that’s doing physical therapy or altering their medications,” Hsu said.

The paper is scheduled to be presented at ACM’s CHI Conference on Human Factors in Computing Systems to be held from May 6-11, in Colorado.

Wearables like FitBit can only roughly estimate your speed based on your step count; GPS-enabled smartphones are similarly inaccurate and can’t work indoors; and cameras are intrusive and can only monitor one room at a time.

WiGait is also 85 to 99 per cent accurate at measuring a person’s stride length, which could allow researchers to better understand conditions like Parkinson’s disease that are characterised by reduced step size, according to the researchers.—IANS