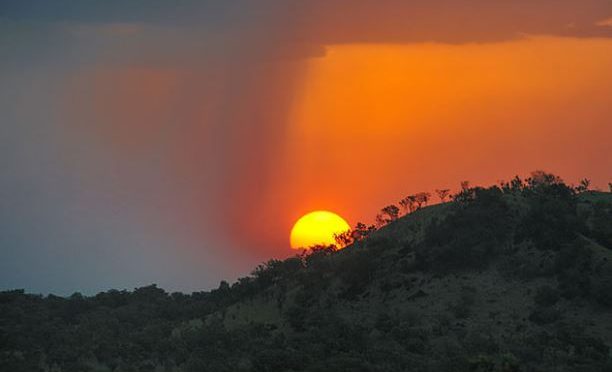 An international team of astronomers has found that the Sun’s core rotates nearly four times faster than the solar surface.
The discovery was possible with European Space Agency (ESA) and NASA’s Solar and Heliospheric Observatory, or SOHO, which helped the solar scientists find evidence of a type of seismic wave in our Sun.

These low-frequency waves, called g-modes, revealed that the solar core is rotating some four times faster than the solar surface.

“This is certainly the biggest result of SOHO in the last decade, and one of SOHO’s all-time top discoveries,” said Bernhard Fleck, ESA’s SOHO project scientist based at NASA’s Goddard Space Flight Center in Greenbelt, Maryland.

Just like seismologists use the way earthquakes travel through Earth’s interior to study our planet’s structure, solar physicists use helioseismology to study the Sun’s interior structure by tracking the way waves move throughout the star.

For the study published in the journal Astronomy & Astrophysics, the scientists used over 16 years of data collected by SOHO’s Global Oscillations at Low Frequencies, or GOLF, instrument.

“The most likely explanation is that this core rotation is left over from the period when the Sun formed, some 4.6 billion years ago,” said study co-author Roger Ulrich, Professor at University of California, Los Angeles.

“It’s a surprise, and exciting to think we might have uncovered a relic of what the sun was like when it first formed,” Ulrich said.

The researchers studied surface acoustic waves in the Sun’s atmosphere, some of which penetrate to the Sun’s core, where they interact with gravity waves that have a sloshing motion similar to how water would move in a half-filled tanker truck driving on a curvy mountain road.

From those observations, they detected the sloshing motions of the solar core.

By carefully measuring the acoustic waves, the researchers precisely determined the time it takes an acoustic wave to travel from the surface to the centre of the Sun and back again.

That travel time turns out to be influenced a slight amount by the sloshing motion of the gravity waves, Ulrich said.

The researchers identified the sloshing motion and made the calculations using data collected by SOHO’s GOLF instrument.

The method was developed by the researchers, led by astronomer Eric Fossat of the Observatoire de la Cote d’Azur in Nice, France.

“G-modes have been detected in other stars, and now thanks to SOHO we have finally found convincing proof of them in our own star,” Fossat said.