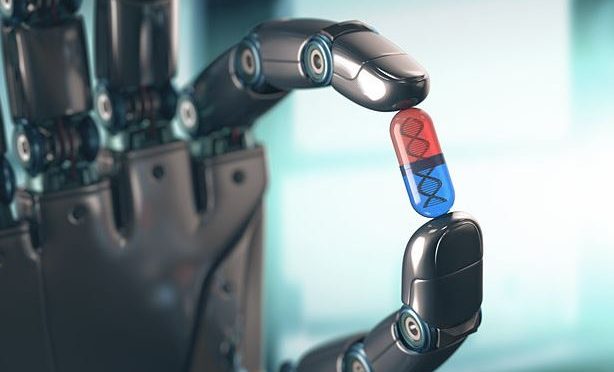 Scientists have developed a nano “robot” made of a single strand of DNA, which can autonomously “walk” around a surface, pick up certain molecules using “arms” and “feet” and drop them off in designated locations.“Just like electromechanical robots are sent off to faraway places, like Mars, we would like to send molecular robots to minuscule places where humans can’t go, such as the bloodstream,” said Lulu Qian, Assistant Professor at the California Institute of Technology or Caltech.

“Our goal was to design and build a molecular robot that could perform a sophisticated nanomechanical task: cargo sorting,” Qian added, in the paper described in the journal Science.

To build the molecular robot, the researchers constructed three basic components that could be used to assemble a DNA robot: a “leg” with two “feet” for walking, an “arm” and “hand” for picking up cargo, and a segment that can recognise a specific drop-off point and signal to the hand to release its cargo.

Each of these components is made of just a few nucleotides within a single strand of DNA.

In the study, the robots worked together to find and collect fluorescent molecules with individually achieving an 80 per cent chance of successful delivery.

One step for these nano robots takes five minutes, and allows them to move six nanometers.

“The findings could be used to develop DNA robots for synthesising a therapeutic chemical from its constituent parts in an artificial molecular factory, delivering a drug only when a specific signal is given in bloodstreams or cells, or sorting molecular components in trash for recycling,” Qian noted.