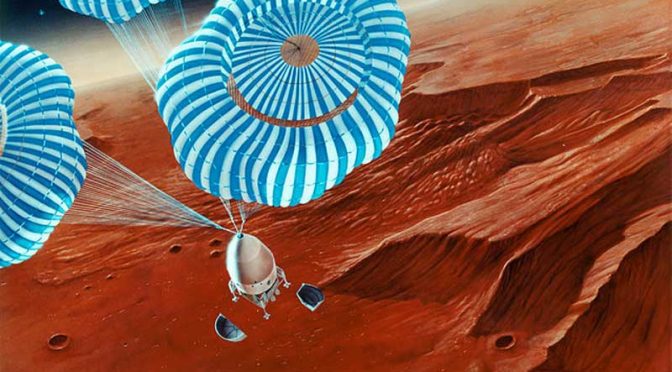 A supersonic parachute designed for future missions to Mars has undergone a successful test in which it was sent very high up in the sky in a rocket from NASA’s Wallops Flight Facility in Virginia.The test was meant to mimic the conditions that a spacecraft would experience during a Red Planet entry, descent and landing, Space.com reported on Sunday.

The successful launch of Advanced Supersonic Parachute Inflation Research Experiment or ASPIRE atop a sounding rocket on Saturday came after several days of delays due to rough seas at the parachute’s recovery zone in the Atlantic Ocean.

The parachute unfurled shortly thereafter, while ASPIRE was travelling significantly faster than the speed of sound.

ASPIRE went so high up because the Martian atmosphere is just one per cent as dense as that of Earth.

The payload was a bullet-nosed, cylindrical structure holding a supersonic parachute, the parachute’s deployment mechanism, and the test’s high-definition instrumentation, including cameras, to record data.

The payload splashed down in the Atlantic Ocean 40 miles from Wallops Island and will be recovered and returned to Wallops for data retrieval and inspection.