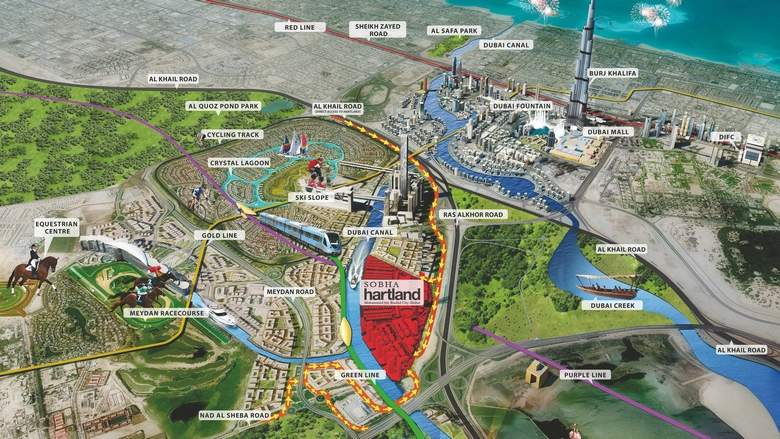 To meet the interest generated from the recent inauguration of the Dubai Water Canal, the new scheme allows buyers to build their own waterfront villas in the most in-demand area in Dubai. Nearly 14,000 sqft of land is available for constructing waterfront villas.

“We have just enabled buyers to build their own abode in Sobha Hartland right next to the newly-opened Dubai Water Canal,” said P.N.C. Menon, founder and chairman of Sobha Group. He said these plots are limited and exclusive to those who want to build their own waterfront villas. The plots are surrounded by 2.4 million sqft of greenery, world-class amenities and Dubai’s hottest attractions.

“Real estate investments in Dubai are regarded as a good decision especially with Dubai being considered as the region’s safe haven and the city recently has also climbed to No.2 among world’s cities with ‘most improved livability’,” Menon said.

As part of Sobha Hartland, these plots are part of an eight million sqft resort-style community that comprises freehold studios, one-, two- and three-bedroom apartments, duplexes, townhouses and four-, five- and six-bedroom villas and is surrounded by 2.4 million sqft of greenery – 30 per cent of the entire community.

Their location within Mohammed bin Rashid Al Maktoum City and three kilometres proximity to Dubai’s hottest attractions makes them one of the most-sought after plots in Dubai.