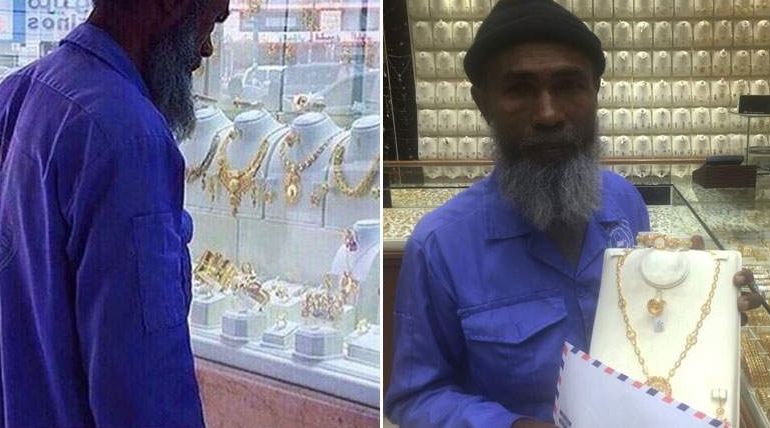 A heartwarming story of a worker in Saudi Arabia is making headlines in the region – in a classic case of social media rallying for a good cause and making an impact.

After a Bangladeshi worker in Saudi was mocked online, by a social media user, for staring into a jewellery shop, local netizens rallied in his support – by gifting him a gold set among other presents.

Abdullah Al-Qahtani, a Saudi national who spoke to Al Arabiya News Channel, from the gold market in capital Riyadh said he had managed to find the cleaner to give him his gifts.

“More money is being sent to Nuzroul,” Qahtani said, without specifying how much.

In addition to bags of rice, smart phones and honey, Abdulkareem has so far received “return tickets to his home country, and two phones – an iPhone 7 and a Samsung Galaxy.”

The social media user had ridiculed him by saying: “this man deserves to only look at rubbish,” after which local Twitterati reacted by vowing to send him more gifts, including one user who said a gift of $533 would be given. 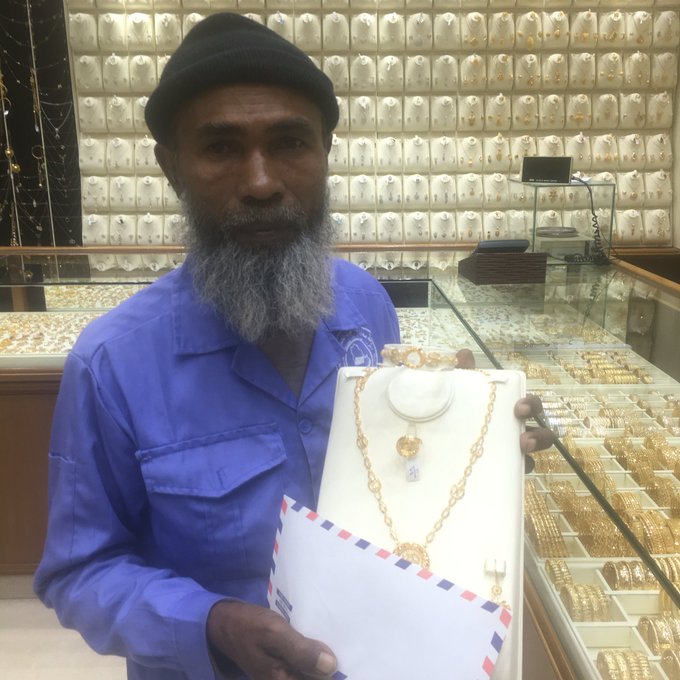 Reacting to this outpour of love and support, a humble Abdulkareem said he was ‘very thankful.’

Qahtani lauded him as a “hardworking worker”, who also took care of stray kittens.