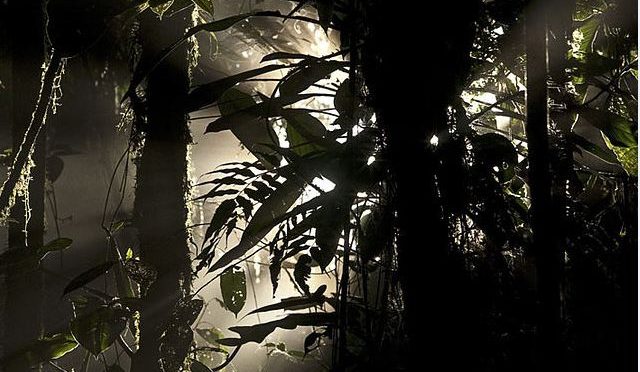 The mist-enshrouded cloud forest canopies dotting the mountains of Latin America have been degraded by encroaching cities and farms, but convincing hydropower operators to pay for their restoration could increase water flows and boost energy security, analysts say.

“With climate change increasing, it’s all the more important to try to see how there might be a win-win situation here… to have (forest) restoration and improved energy security,” said Angela Falconer, senior analyst at the Climate Policy Initiative (CPI), which oversees the lab.

Given it could take several years for the benefits of protecting cloud forests to trickle down to hydropower operators, the project – proposed by green groups Conservation International and The Nature Conservancy – envisages finding first-stage funding from commercial lenders, donors or impact investors.

“In the long term, the hope is you could make the real financial case that there is a very good positive return on the investment in terms of the increase in energy security and availability, that will be able to pay back the initial investment,” said Falconer.

Later on, the project – which is looking at cloud forests in countries including Mexico, Panama, Colombia and Brazil – hopes to convince hydropower operators and large energy users such as mining companies to invest in the restoration and conservation of cloud forests.

While cloud forests can be found as low as 400 metres (1,300 ft) above sea level in wet, tropical mountainous areas, this project plans to assess areas found between 1,200 and 3,500 metres above sea level.

The International Energy Agency estimates that hydropower provides 16 percent of the world’s energy and 85 percent of global renewable electricity. But Latin America’s biggest country Brazil relies on hydro-electricity for 75 percent of its power, and Colombia for more than 70 percent.

Leonardo SÃ¡enz, director of eco-hydrology at Conservation International, said his organisation had identified around 200 dams that could potentially benefit from improving the state of cloud forests across Latin America.

“Conventionally we look at generation only in terms of transmission lines, dam walls – these engineering things – but we forget the source watershed, particularly when it comes to cloud forests which are very important,” he said.

Severe droughts have affected hydropower generation in some countries. But SÃ¡enz explained that high-elevation cloud forests upstream of hydropower dams will likely be able to withstand rising temperatures as the planet warms because they will benefit from increased moisture in the atmosphere.

“Having cloud forest back in the system helps to increase resilience to the potential hydrological impact of climate change,” said SÃ¡enz.

Around 65 percent of Latin America’s original cloud forest – equivalent to 105 million hectares (259.5 million acres) – has already been lost, he estimated. Urban sprawl around cities such as Bogota, Quito and San Jose is partly to blame, together with forest-clearing for activities like agriculture and mining.

Gauging the enthusiasm of hydropower users to pay for ecosystem services is a crucial part of the scheme, said CPI’s Falconer. A pilot could be launched by the end of the year bringing together interested investors and organisations working to restore cloud forest, she added.

“It’s about proving the case for potential commercial investors to come on board,” she said.—The Thomson Reuters Foundation