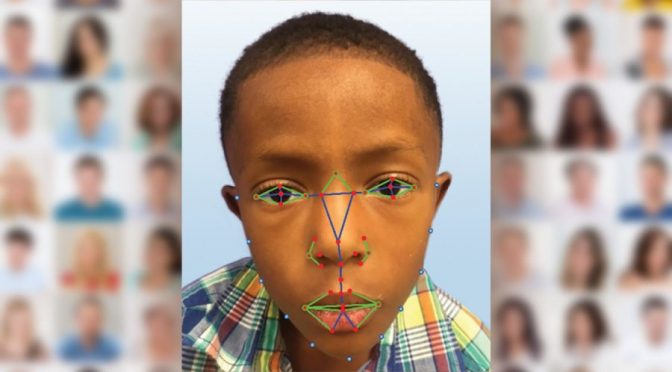 Researchers have successfully used a facial recognition software to diagnose a rare, genetic disease that mainly affects children of African, Asian and Latin American descent, paving the way for physicians to diagnose the disease by snapping a photo.

The technology used to diagnose the disease, 22q11.2 deletion syndrome, also known as DiGeorge syndrome and velocardiofacial syndrome, is similar to that used in airports and on Facebook.

Because the disease results in multiple defects throughout the body, including cleft palate, heart defects, a characteristic facial appearance and learning problems, healthcare providers often cannot pinpoint the disease, especially in diverse populations.

“Human malformation syndromes appear different in different parts of the world,” said Paul Kruszka of the National Human Genome Research Institute (NHGRI), part of the US National Institutes of Health.

The goal of the study, published in the American Journal of Medical Genetics, is to help healthcare providers better recognise and diagnose DiGeorge syndrome, deliver critical, early interventions and provide better medical care.

The researchers studied the clinical information and photographs of participants with the disease from 11 countries in Africa, Asia and Latin America.

The appearance of someone with the disease varied widely across the groups.

Using facial analysis technology, the researchers compared a group of 156 Caucasians, Africans, Asians and Latin Americans with the disease to people without the disease.

Based on 126 individual facial features, researchers made correct diagnoses for all ethnic groups 96.6 per cent of the time, according to the study.

The researchers said they hope to further develop the technology so that healthcare providers can one day take a cell phone picture of their patient, have it analysed and receive a diagnosis.