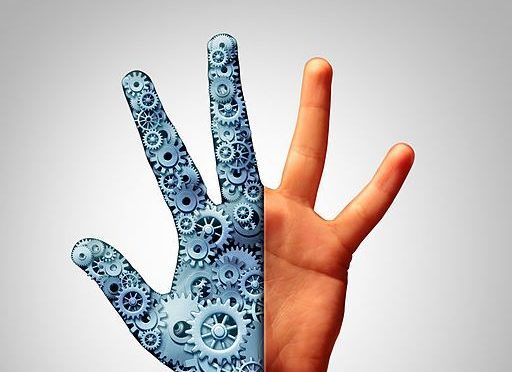 US researchers have developed a “revolutionary” process for 3D printing stretchable electronic sensory devices that could give robots the ability to feel their environment, according to a study.The discovery, published online in the journal Advanced Materials, is a major step forward in printing electronics on real human skin, researchers said.

The new process was developed by engineers at the University of Minnesota using a one-of-a-kind 3D printer they built in the lab, Xinhua news agency reported on Sunday.

The multifunctional printer is equipped with four nozzles, to print different kinds of specialized “ink” that make up the layers of the device.

These flexible 3D printed sensors can stretch up to three times their original size, according to the study.

“This stretchable electronic fabric we developed has many practical uses,” Michael McAlpine, a University of Minnesota mechanical engineering associate professor and lead researcher on the study, said in a statement.

“Putting this type of ‘bionic skin’ on surgical robots would give surgeons the ability to actually feel during minimally invasive surgeries, which would make surgery easier instead of just using cameras like they do now. These sensors could also make it easier for other robots to walk and interact with their environment.”

This ultimate wearable technology may could eventually be used for health monitoring or by soldiers in the field to detect dangerous chemicals or explosives.

Conventional 3D printing using liquid plastic is too hot and too rigid to use on the skin.

However, all the layers of “ink” used in this new technique can set at room temperature, making for “endless” possible applications.