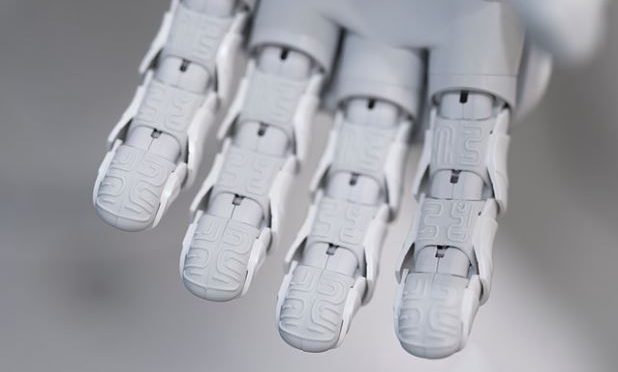 Researchers have designed a new kind of robotic gripper, inspired by the grasping ability of a gecko, to grab and dispose of human-made debris in space that can pose a threat to satellites and space vehicles.
According to the study, nearly 500,000 pieces of human-made debris are whizzing around space, orbiting the Earth at speeds up to 17,500 miles per hour.

“What we’ve developed is a gripper that uses gecko-inspired adhesives,” said Mark Cutkosky, Professor at the Stanford University in California.

Previously proposed methods such as the use of suction cups or traditional sticky substances have proved unsuccessful to collect and dispose of space waste under the harsh conditions of space while magnets only work on magnetic objects.

The gripper’s design was inspired by geckos, which can climb walls because their feet have microscopic flaps that, when in full contact with a surface, create a Van der Waals force between the feet and the surface.

The gripper has a grid of adhesive squares on the front and arms with thin adhesive strips that can fold out and move toward the middle of the robot from either side, as if it were offering a hug, the researchers said, in the paper published in the journal Science Robotics.

The group tested their gripper in their lab and in multiple zero gravity experimental spaces, including the International Space Station and saw promising results.

“There are many missions that would benefit from this, like rendezvous and docking and orbital debris mitigation,” explained Aaron Parness, group leader of the Extreme Environment Robotics Group at NASA’s Jet Propulsion Laboratory (JPL).

“We could also eventually develop a climbing robot assistant that could crawl around on the spacecraft, doing repairs, filming and checking for defects,” Parness added.
IANS